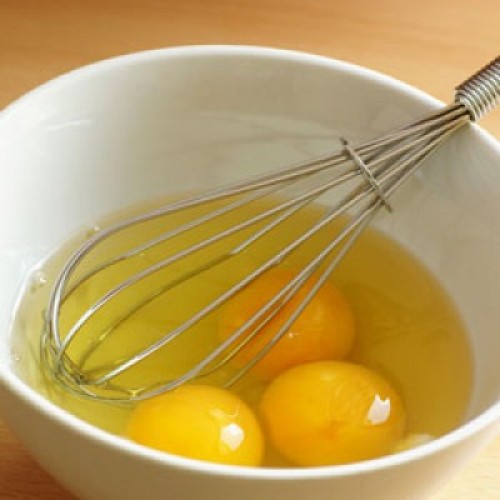 “You may experience problems having children, when the times comes to it. But other than that, you’ll be fine.”

Those were the words of my GP when I visited her, age 14, with some rather awkward symptoms. I had been suffering from some very strange hair growth in ungirly places, and particularly awful periods. Alongside the normal teenage (albeit more severe than most) spots and weight gain.

My mother had gently ushered me into the doctor’s surgery. I remember being terrified, not of the GP herself, but of having to share these very embarrassing titbits of information in the hope of a diagnosis.

My lady-doctor was very gentle with me, and correctly diagnosed Polycystic Ovary Syndrome (PCOS). I had a syndrome. How exciting. I was prescribed  a contraceptive pill to artificially balance out my hormone levels – and “hopefully” sort out the symptoms (it didn’t) – and was sent on my way.

This was the first time I’d heard of the condition, which commonly effects 1 in 10 women (Wikipedia defines it as “one of the most common female endocrine disorders”). When a woman has PCOS, her ovaries basically look like a bunch of grapes. Many eggs grow to semi-maturity each month, but none of them quite make it to fully-blown eggyness. They don’t get released from the ovary, and so can’t be fertilised. They’re a bit scrambled really. (I actually saw this recently on my scan. They look amazing. “Textbook PCOS” announced my fertility consultant – and I couldn’t help but feel proud.) 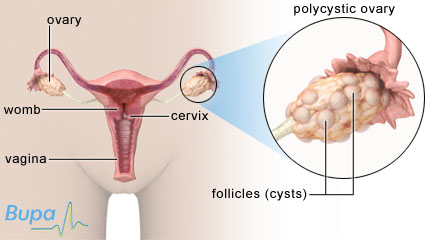 PCOS is sort of a sliding scale. You could have it and not know at all. In fact, I know a few women for whom this was the case. They only found out after years of painful infertility and miscarriages. For others, such as me, no periods occur at all, and so there’s a good sense that something is awry. This lack of menstruation has its perks of course – no crazy monthly mood swings, stacks of money saved on sanitary items, sex all month round…but those chilling words from my GP have had 15 years to echo around my over-analytical brain. And that tiny three-letter word “may” had taken on a more sinister meaning.

By the age of 21 I had come to terms with the “fact” that I would not be able to have children. And while single, with no promise of that changing in the near future, I simply didn’t think about it. Friends were getting pregnant, and that was really lovely for them. But it remained a thing that only happened to other people. So when I met John, and we fell in love and married, I had a long journey ahead of me to get into the head-space where children were even a thing I could contemplate. My syndrome was something I told John about early on and, amazingly for me, he already knew all about PCOS. Many of his female friends have PCOS, and many of them have children. So  from the beginning I think he had more faith for our chances of a family than I did.

In order to get to a place where I was even ready to contemplate having children, I had to let the fear rise alongside the hope. As a Christian, I’m used to hearing that faith is the the pinnacle of Good Christianness. But I am also a realist. And a scientist. I know that some people cannot have children. God doesn’t love these people any less. They are not awful sinners, condemned to infertility for life as a result of their iniquities. I just don’t believe that’s how our God works. For some reason it just doesn’t happen for these people, and I could very easily be among their number. I have faith that God can do it – that he could intervene and help us conceive in some way (be that through the fertility clinic or drugs, or angels dancing round the bedroom) – but my doubt is whether he actually will. After all, why should he? I do not have a divine right to bear children.

I was afraid to dream, afraid to desire that which I could be denied. What if I allowed myself to want it, and it never happened?…

…Well, then I shall be very sad. But at last I have decided to hope. I have – and continue to – wrestle with these issues. The fear hasn’t gone. It’s still there. And for now, I am choosing to ignore it. I’m a scientist by profession, so I understand PCOS a bit more than I did when I was 14. It is closely linked to insulin levels in the blood. In fact, as a teenager I was routinely tested for diabetes as it had been linked to PCOS in a few research studies. I have never been diagnosed as diabetic, thankfully, but this led me to wonder about insulin and its role in managing the sex hormones. If levels of insulin in the blood can be lowered, this might help to sort all the other sex hormone levels out.

Luckily for me, medicine had made this link too – and the fertility clinics are becoming clued-up on this unique approach to treating PCOS. The details of this may well constitute a separate blog entry. Suffice to say I have more hope now as a scientist, as well as a Christian, that one day soon we might be able to conceive our very own baby Botherer.

Today we saw our consultant again, a nice Christmas treat. (As an aside, the RUH ...

The operation has been scheduled for 9th August...