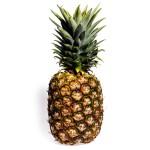 I’m now 33 weeks pregnant. That’s quite possibly the most pregnant anyone has ever been. Apparently the baby is now the size of a pineapple, though I’m sure they said that a few weeks ago – it’s almost like it’s not very scientific to compare the baby to fruit…I’m counting down the days ’till I get to leave work (12 working days), and we’ve started our NCT classes too. Baby’s kicks are getting so strong they can stop me in my tracks, and the nursery has been painted. It’s all downhill from here…

I’m not diabetic. My test for gestational diabetes came back negative, and I’m quite proud of that actually. My iron was ever so slightly (and I mean marginally) on the low side, so I’ve been taking some iron supplements to help with that and they’ll retest my levels on 15th Sept. And yes, it is true the iron pills make your poos black.

Baby is “distinctly average” according to the midwife. Whilst some may get cross about this, I’m over the moon – the less baby there is to push out, whilst maintaining a healthy birth weight, the better. Apparently it’s from 28 week onwards when they can start to get an idea of the size the baby will be when born – up until then they’re all pretty similar. We’re bang on the average line for now, and that’s where I’d love to stay. Which brings me nicely on to the NCT course we’ve embarked upon and the story of pain relief . I was very nervous before going to the course, for reasons I couldn’t quite fathom. Something about meeting new people (doesn’t normally bother me) and perhaps hormones, who knows? Anyway, our first night was a bit…well…not great. The course itself was fine – we learned about the different stages of labour and some good positions we can use before the baby is born to help get it into the right position for birth. Lovely, lovely.

But then the leader asked how our pregnancies had been. I was mid-way through telling them that mine had been great, that it had been hard to get to this point, but the pregnancy itself was going great, when I began to cry in front of everyone. Go Laura! I choked up on the “hard to get to this point” part, of course. So that was their first impression of me.

The second evening (the sessions run 7-9.30pm two nights a week for the next three weeks – that’s a lot of course!), we learned some more about the symptoms that you feel during labour, and spoke about pain relief. In fairness to our course leader, she knows her stuff. She is well-researched, impartial, and backs up any claims with evidence. Without going through the entire course content on here, let it suffice to say we covered the different ‘medical’ options available to us. This included a TENS machine (basically electric shocking yourself so your body gets ‘used’ to the pain and supposedly makes enough endorphins to get you through contractions), gas and air, Pethidine, and epidural.

The availability of  the latter of these has kept me calm in my moments of panic over the birth. However, there was some confusion over the type of epidurals offered in Bath, and apparently they don’t offer ‘mobile’ epidurals (whereby you can still move about after receiving it). This was a shock to me, as that had sort of been my backup plan, should I decide at the time that I needed one. Cue tears (this time when I got home) as I was now tired, hormonal and anxious to boot. However, I thank the Lord for my calming husband, and my friend the anaesthetist, who was able to consult with his obstetric colleagues the next day and clear this up for me. Most places now use a low-dose type of epidural as standard practice, and Bath is no different. Technically they’re not mobile as they don’t want you wandering around once it’s in, but it is my understanding that the low dose allows you to have some movement (though obviously you’re tied up to drips and monitors so you’re a bit less free than without one), allowing you to get into better positions than just lying on your back to deliver. So it’s still OK as a backup, and I plan to use the gas and air and the ensuite corner bathtub (ohhh ahhhh) we apparently get in Bath, to get me through.

John makes a good point here: all this focus on the labour and pain management could act to hype me/other women up and make us more anxious, not less. I think there is a balance to be found between being properly informed of your options, and not fixating on the hours of labour over and above the lifetime of motherhood to follow. I am still scared of giving birth, but I know I can do it with John there beside me.

Next week we are going for a tour of the hospital, and I shall remember to be grateful for the facilities and expert medical support we have for free on the NHS in this country (even if they won’t let you take candles into the labour room – this was genuinely a question someone asked. Flames + N2O = BOOM!).

In other news, I am getting more pregnanter in my bump area. It’s still a bit of an odd shape, as picture 2 proves, but there is definitely a baby in there now:

I love being pregnant. Remember when I didn’t think this could happen?

Right, I have to go pee for the millionth time today, so that’s it for now.

"You may experience problems having children, when the times comes to it. But other than ...