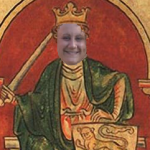 I have briefly mentioned  before about my fear of blood tests.

“But you are a scientist!” I hear you cry. This is true. And this fear annoys me more than most due to that very fact.

As a child I was intrigued by blood tests. The minimal pain didn’t bother me, and I loved watching the blood fill the tube (“great, a promising start to her scientific career”). I had mumps when I was very young, and for a while they suspected it might be meningitis.  This meant a lot of blood tests and very panicked nurses. I distinctly remember their thrusting a cuddly toy into my face in an attempt to distract me from the imminent draw. But I paid no attention to ted – I was so intrigued by the stuff in my arm.

When I was 15 or 16 I was called in to the doctor’s for a routine blood test. I had been diagnosed with PCOS some time before, and there was new evidence (although hazy at the time) that PCOS was linked to diabetes. As such, my lady doctor thought it provident that I get tested every year or so, to ensure I didn’t develop the disease as I stumbled through my teenage years.

To test for diabetes they take fasting blood samples. That is, blood before you’ve eaten that day. This had already made me cranky. As John will attest to, I don’t cope well when I’m hungry. Compounding this was the heat of a midsummer’s day, and the desperate lack of air conditioning common to the whole of the UK.

I entered the nurse’s room without a care in the world (apart from the hunger), and sat on her chair, neatly positioned in the middle of the room well away from her emergency button. This was just a blood test after all.

The needle went in. First into my right arm. Nothing.

Next she tried my left arm. Nothing.

Again into my right arm.  Nothing.

Back into the left. Nothing.

Then, she decided that what would be a really good idea here would be to pop it back into my left arm again, but this time to just give it a little wiggle around until it hit a vessel.

I passed out on the solitary chair and promptly flumped to the floor – needle still in my arm. I’m not sure exactly what caused this, if it was the pain or a combination of all of the above. Either way, I came round to a struggling nurse desperately trying to hold both me and the needle, and reach the panic button. She couldn’t.

I was sent away and told to come back the following day to complete my ordeal.

Now, I know that people have possibly been through worse. I know that this is not the biggest cross to bear, and that I really should have marked it down as a bad experience and moved on.

But the following day I was so scared, mum came in with me. They lay me down (a precautionary measure), and the nurse tried my bruised left arm once more. Nothing. The doctor was called in (mostly because by now I was making such a fuss that the nurse needed to hold me down). My poor mother was sat at the bottom of the bed stroking my leg, and I almost kicked her in the face as the doctor inserted the needle into the back of my hand. Ow. Blood was finally released from my body (I can’t help but think it would have been easier to just cut me or something), and I was free to go.

But I wasn’t free. Emotionally scarred, I took this new-found fear with me.

At university I had to endure a number of blood tests, and this experience reoccurred with similar scenes. I have passed out at blood tests at least four times that I can remember, and it is very rare that I come away with only one puncture wound.

[As an aside, it’s a shame I couldn’t get over my fear, as there was money to be made here. When I worked at Pfizer, they paid staff to donate blood for research. You were paid by the puncture wound.]

Fast forward to now. I am having periods, but they need to test to see if I’m ovulating (something I mentioned in a bit more detail here, and will likely return to after the results are in). This involves two blood tests on the days of my cycle that the doctor has deemed potentially suitable for increased progesterone levels.

So on Monday, after lying awake since 5.30am dreading the blood test that day, I decided enough was enough. No longer would I be scared. No more would I hyperventilate (something that surely doesn’t help with the whole fainting thing), and no longer would I lose sleep. This is stupid.

I arrived at the doctors and told the nurse I was prone to fainting. She lay me down. She took the blood. First time. I got up. I thanked her (more than she really knew how to cope with). I left.

I am the best at blood tests.

It is very difficult to wait patiently. I have never been good at it. It is hardest ...