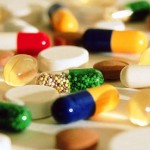 The drugs are working!

It seems that magical Metformin is indeed magical. Since beginning to take it in late October, I have had 3 periods – fully accompanied by cramps, PMT and all (lucky John).

This is good news.

So on our last appointment to the Fertility Clinic, we were pleased when the lovely Doc told us to carry on taking them for another 6 months to see what happens “naturally”. But I had some questions…

…I was interested to know if having a period meant I was actually ovulating. It turns out that the one does not necessarily lead to the other. There is such a thing as anovulatory bleeding, where:

“Either the oestrogen will build up slowly to a point below the threshold and then drop, resulting in oestrogen withdrawal bleeding. Or the endometrium builds up slowly over an extended period of time, eventually to the point where the resulting uterine lining is so thickened it can no longer sustain itself. This is known as oestrogen breakthrough bleeding. This is a more common occurrence.”

So, joy of joys, this month they are going to do MULTIPLE blood tests on me to see if I am ovulating. 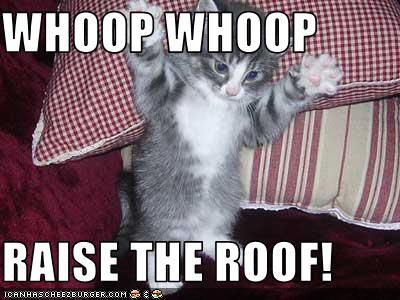 While I was there, I also asked about those ovulation tests you can buy in the shops, for only £948560869 pounds each. They are supposed to be a home-test kit to tell when you are ovulating. However, I am concerned about becoming a crazed, baby-mad mad person, constantly checking every tiny physiological sign and symptom for the optimum baby-making time. I don’t want to be that person. Or that stressed. So are they worth it? I’d heard mixed reviews.

The Doc suggested that such tests are indeed a waste of time if you have a very regular cycle. However, for people like me, with a variation in cycle length (32-40 days at present), they are apparently quite accurate and useful.

Enough. I have briefly mentioned  before about my fear of blood tests. "But you are a scientist!" I hear ...