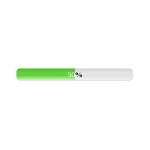 By the time my operation came round I was overdue a period. Even by my standards. My cycle had been going for about 70 days compared to the usual 50. But as it happened, all the fertling around during the operation gave my womb the shove it needed to get going again.

This meant that two days after my operation I was able to begin taking Clomid once more – at 150mg – in the hope that it would now work to stimulate ovulation, post-ovarian drilling-ness.

Jumping forward two weeks, my day 23 blood test was looming. And I was anxious.

“But you have overcome your blood test fears!” I hear you cry. Well, yes, but then we moved house and, consequently, doctors too. I didn’t even get to say goodbye to Wonderful Ms Phlebotomist at my old surgery. *Sob*.

So I was waiting with the familiar apprehension as my time approached. But as luck would have it, this new Ms Phlebotomist got my blood first time too! Wooooo! (So the good news is, we’re not moving house again any time soon.) A few days later the results were in: Progesterone level 15 (The scientist in me is sad that I do not know the units here. Perhaps I’ll make them up. 15 BMU (baby-making units)). This was a marked improvement on previous months, where my readings came in at 0.5-1 BMU.

So we were pleased. I was pleased. That’s a 15-fold increase! I am the best at making progesterone! As can be seen from the graph above, progesterone increases after ovulation as the womb lining thickens, and so measuring the levels around day 21 should tell the doctor if we’ve had ovulatory success. (I had to book in at day 23 this time as day 21 fell on a weekend.)

What wasn’t so clear was whether or not this was enough progesterone. Internet searches threw up conflicting results, and it seemed that anything from 10-30 BMU was ovulatory. The only person who could answer this was our consultant. And so we waited for our appointment, due 6 weeks after my operation.

In the meantime, I had another period. At just 32 days into my cycle! This was a good indication that ovulation did actually happen, so I was hopeful as we approached our consultant’s appointment. I had taken 150mg of Clomid for this second cycle too, so things were on a roll… The fertility clinic has moved to a different part of the hospital, and it now hosts a mixed waiting area. There were many early pregnancy patients and some clearly ambitious 70 year olds sharing the room with us upon our arrival. Our consultant voiced his less-than-impressed opinion of the new arrangements – I can’t imagine sharing a waiting room with those in early pregnancy is the most helpful thing for others so desperately wanting a child – and he introduced us to his medical student before getting down to business.

He raised his eyebrows when I told him of the increased progesterone measurement. But then proceeded to explain that it was in fact still too low. They need to see double that level (30 BMU) to be sure of ovulation. I was deflated. I had really hoped that we were there, after a year of trying – and failing – to ovulate.

But no. Apparently the still-too-low reading could be because the day 23 blood test was taken a bit too soon (the blood should be taken 7 days before your period, and I had a 32 day cycle), or simply because the Clomid still wasn’t working to optimal effect. He suspected it was a bit of both. So this time I was told to book a day 25 blood test, and email him three days later so he could check the results before instructing me on the way forward. Which could be one of two things:

1) It’s worked (we just took the bloods too early before), and I continue on 150 mg with lots of sex and we make a baby.

2) It hasn’t worked so well, and I go up to 200mg of Clomid. This is the highest dose I can take. If this doesn’t work (more blood tests and waiting), then we move on to FSH injections.

Here’s the graph again, and this time pay attention to FSH:

It doesn’t look too significant, but apparently that little rise in FSH is enough to stimulate ovulation. I’d need to have regular injections and be scanned to see when the eggs are ready for release. We didn’t go into this option in too much detail, as it’s a couple of steps away. But I did break down into tears when explaining to the consultant that the hardest thing for me right now is not knowing the long-term plan. I wanted to know how far away we are from IVF.

He got me a tissue and gently replied that we were well on with the plan, and encouraged me that we were nearly “there”. If they can get me to ovulate the rest will follow “naturally”, and IVF wouldn’t be necessary. But John heard this in more positive terms than I did. I came away feeling very deflated, I think because I had really hoped that this time I had ovulated and we might be able to get pregnant soon. All I really heard was more delays, more tests, more months of waiting…

I cried quite a lot outside the pharmacy. John was great, and reiterated the positives.

I want to have a baby.

These feelings are wrapped up with a lot of other things too – uncertainty about my job, when I will complete the MSc I’m part-way through, long-term plans for my career – all of which are under the umbrella of the Unknown. It is hard to move forward when you’re waiting for something that will be so life-changing when it finally comes.

I have never been good at uncertainty and patience. But I suppose you only get better at these things by practice. And other glib conclusions.

Well, after my first month on Clomid, little seems to have happened. The home-testing ovulation kits ...