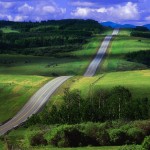 Since starting this blog, John and I have been overwhelmed with encouragement from others who have been – or are going through – similar things to us. I have found it very comforting to know that we are not alone, and to take hope from the stories of others who have been successful on this journey.

We have asked a few of them to share their stories on our blog. This is the first, from Anonymous in Brighton. Thank you for sharing your journey with us.

Fertility problems are one of those things that nobody wants to talk about – and I can understand why. Fertility stuff is deeply personal, and yet when you’re going through problems conceiving, you really want to hear about other peoples’ experiences. You want to hear about what worked for them and what turned out to be a waste of time. You also just want to know that you aren’t alone.

When my husband and I started trying for a baby, I knew it was going to be difficult. My periods are very irregular and PCOS runs in my family. I have mild PCOS it turns out, but quite severely polycystic ovaries. When talking about trying to conceive, a phrase commonly used is the ‘two week wait’. This refers to the gap between ovulation (and giving it your best shot by doing a ‘baby dance’) and the day when you can first take a pregnancy test and expect accurate results. For us, it was a two year wait. It took us two years almost to the day before starting to try for a baby and discovering that we were pregnant.

Those two years weren’t particularly easy. We never gave up hope, but hope could often make things all the harder. Timing a ‘baby dance’ is crucial, and trying to do this when you have no idea when, or even if, ovulation is going to happen, makes things a million times more difficult. Each pregnancy test felt like it could be the one, and that made for dozens of sharp little disappointments, and while the NHS was brilliant, our GP, who is elderly and was on the brink of retirement when we were dealing with her, kept forgetting to refer us, or kept referring us to the wrong person. At one point, I was referred to a gynaecologist instead of a fertility doctor, which lead to a very confusing meeting, but once we’d finally got all the paperwork sorted out, we were registered with a specialist fertility clinic and they were amazing.

Throughout the process the hardest thing for me was the lack of control – I’m used to being in charge of my life, or at least being able to strongly influence the way things go for me. This was one of the most important things I will ever do, and yet I constantly had the feeling that although you can do everything right, there is still something slightly magical that’s out of your control. In the end what worked for us was 100 milligrams of Clomid, which ripens the egg, and a shot that triggers ovulation. The shot turned out to be the clincher for us: as soon as we actually knew that the time was right, we actually got pregnant very quickly. I was also helped along by the prescription of Provera, a drug which would force my period to start promptly, which meant I didn’t have to wait around for my very unpredictable cycle to start (sometimes up to six months) to be able to start each course of ovulation induction with Clomid.

Looking back, ovulation tracking was one of the biggest things we had in our favour. 12 days after the first day of my period I would be booked in for an ultrasound scan and then I’d have another one every two to three days until they could tell I had an egg that was ready to be released. This meant that the clinic could tell me the absolute best time to take the trigger shot to release a mature egg and increase the chances of conception, and also meant they could track how well the Clomid was working, and up my dose from 50mg to 100mg from the first to the second course. I was left with the impression that we got a lot of this help because of the postcode lottery – in our part of the country, we got a lot of funding for our particular problem, and we also benefited from age and lifestyle factors that may well have been taken into account when deciding on what kind of treatment we would receive. We were supported by an excellent centre specialising in fertility issues – in a weird way, its specialist nature made us feel doubly cared for: an entire institution focused on our sorts of problems!

This doesn’t feel fair really – if you live in the wrong part of the country, you might not have the same support from the NHS that we got – and that feels especially unfair knowing how useful it was for us. Every wonderful milestone we reach now, the first scan, the first kicks, the first time we heard her little heart beating, I am constantly aware that without the right medical care, we may not have gotten here as quickly – although I do believe we’d have gotten here eventually.

Besides all the specific treatments we received, the other big thing that made the two year wait bearable was the fact that we were constantly told that this was part of a journey – we were informed of where we were in the process, and of what the next stages were if this stage didn’t work. Looking back we have been so lucky. The only thing we didn’t have – the only thing that really would have made things better in our darkest moments – was hearing about other peoples’ experiences. At times, it was weirdly easy to imagine that few other people had our specific challenges. Ironically, once we became pregnant, we discovered that plenty of other people went through exactly what we did – and many had a much harder time of it, too. Once everything’s moving along, friends and colleagues suddenly feel free to talk about this stuff. That’s reassuring, but it feels a bit back to front, really.

Whilst we were struggling to conceive, I often found myself ashamedly frustrated at the number of babies and pregnant bumps around. How was it so easy for them and not for me? The phrase ‘falling pregnant’ implies some kind of graceful glide through conception, and that’s what I genuinely thought was happening for everyone else but me. What I realise now is that, for quite a few of those people, it probably wasn’t that easy, and I think that knowing that would have made our two year wait a little easier.

Guest Post: There’s light at the end of all this shit

Since starting this blog, John and I have been overwhelmed with encouragement from others who ...

The Stick of Fate

Two beautiful friends of ours recently wrote about their experience of miscarriage. It is not only ...