Guest Post: There’s light at the end of all this shit 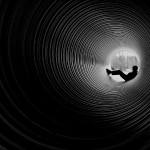 Since starting this blog, John and I have been overwhelmed with encouragement from others who have been – or are going through – similar things to us. I have found it very comforting to know that we are not alone, and to take hope from the stories of others who have been successful on this journey.

We have asked a few of them to share their stories on our blog. Here is the second, this time from my beautiful sister-in-law Catherine Lake (and her equally handsome husband Shaun). This story gives me a lot of hope.

My mum fell pregnant if she missed a button when doing up her nighty.

I was a qualified nanny and had worked with children for years. So when Shaun and I started trying for a baby three months before our wedding, we were not at all worried about the potential of having to order non-alcoholic drinks and a slightly larger-than-necessary dress for the big day. We were ready.

One wedding, one honeymoon, lots of tears, six months, and no periods later, I went to my doctor to try to find out why my body had gone on strike. My periods had always been very heavy and painful but as they happened so rarely I had never bothered to see anyone about them. My doctor was fantastic and knew how much I wanted a baby, so instead of making me wait the normal twelve months, he did blood tests straight away. They came back screaming PCOS.

I’d never heard of this, so I convinced myself that I had cancer and it was a good job I hadn’t fallen pregnant as I wouldn’t be around to see the child grow up. Once the doctor had peeled me off the ceiling and explained that I was not dying, I took some deep breaths, listened to his advice and was sent on my way with a packet of Metformin.

Three months later I was back in the doctor’s chair reporting a severe lack of periods, an empty womb, and (cliché alert) an aching heart. The doctor gave me Clomid to try to stimulate ovulation. I was given three months’ worth with the instructions to come back after that if there had been no change. And if I did get pregnant, to have a scan asap as Clomid billionized the chances of multiple pregnancy. Over the following month I alternated between choosing names for triplets, obsessively cleaning the flat and plotting ways to stab Shaun in the face without making a mess. Fitting all that in around working as a nanny, I was surprised and impressed that I still had time to spend most of every evening in tears, howling about my lack of babyness.

At the end of the first cycle of Clomid Shaun marched me back to the doctor and begged for something else, anything else, other than these pills that turned me into the Devil incarnate. We were told that the next step was an operation to remove some of the cysts. We would only have to wait 6-12 months if we got our names on the waiting list straight away. Cue the Bank of Dad, a lovely husband, and a private appointment with the wonderful Dr Curtis, where a scan showed that I had frogspawn instead of ovaries. I was booked in for the operation ASAP.

The operation [Laparoscopy] wasn’t too bad. It wasn’t lovely but it was ok. Then Dr Curtis informed me that during the op they had found that one of my fallopian tubes was squashed. He described it as a straw that a child has chewed until it’s no longer usable. After a dye procedure (OW!) they discovered that I was at no risk of ectopic pregnancy as they couldn’t even get liquid through the tube so an egg would have no chance. It reduced my fertility even more as that side was officially Out Of Order. A few months later and still nothing. No period. No baby. I was told that the chance of my having a baby naturally was almost none. My name was put down on the IVF waiting list, but I had to lose 2 stone before they would consider me.  Dr Curtis carried on testing me throughout  August, September, October, and November to see if I was ovulating, but it was always ‘no’.

Shaun and I decided that it was too hard for me to continue working as a nanny and the only solution was to pack up and move to France (Hormones? Delusions? Psychotic tendencies? Who knows but it seemed like a good idea).

Getting through Christmas was hell. I had convinced myself that I would have lots of tiny presents under the tree that I would unwrap for my baby and we would all ‘oooo’ and ‘ahhhh’ over the cuteness of it all. Instead, I had my family perched on eggshells, waiting for the next explosive bout of tears.

I was bloody hard to live with (understatement). Shaun deserved a sainthood for putting up with me. We had a row a few days after Christmas. I was being pathetic about something and Shaun shouted “I HOPE YOU GET A PERIOD SOON BECAUSE I CAN’T COPE WITH YOUR HORMONES MUCH LONGER”.  So I left him.

For three whole hours. I sat in Sainsbury’s car park crying to my mum before going home and slamming things a lot. Four days later Shaun went back to work. I decided to torture myself a bit more (I was still stropping) by doing a test. I peed on the stick, threw it on the floor and lit a cigarette. Five minutes later I picked the test up and nearly fainted. THERE WERE TWO BLUE LINES! I phoned Shaun at work and screamed down the phone at him. He was his typical calm self and told me to go back to the chemist, get another test and make sure.

I lived in a quiet village at the time so the residents were a bit shocked to see a mascara-streaked girl running across the road and into the chemist screaming “I need another test! I’M FUCKING PREGNANT!” The lovely lady working there took me out the back, made me a cup of tea and whispered “God’s amazing isn’t he?” She calmed me down, gave me another test and sent me on my way.

The second test confirmed the first. I was officially with child. I sat in disbelief amongst the boxes that were packed for the move. The only downside was that I had to admit that Shaun was right – it was my hormones and he had won that argument. Bugger.

No one can explain it. William (the resulting child) should not exist when looking at the medical evidence. Was it the operation taking its time to work? Was it the excessive shagging (our birthdays are towards the end of the year)? Was it having something else to concentrate on other than my womb? I’ll never know for sure but I’m convinced that prayer played a major part.

After William I still didn’t have periods but I did have stupid amounts of pain. It was decided that a hysterectomy was the best option. The day before the pre-op appointment I did a test as instructed. Two blue lines appeared and then 8 months later I had a daughter.

I’m typing this after rushing through the bedtime routine of a nearly 5 yr old and a nearly 7 yr old in my beautiful stone house in the French countryside. They are relentless and exhausting. But I wouldn’t change a thing. Thank you God. The Stick of Fate

Two beautiful friends of ours recently wrote about their experience of miscarriage. It is not only ...