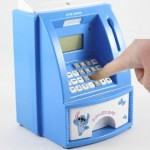 While it’s easy for me to assume that I’m perfect in every way, others seem to struggle. Such was it that with our current inability to make babies come out, the performance of my sperm was brought into question. Which is a peculiar thing to wonder about.

In my previous 34 years, I’ve never much needed to worry about whether my sperm worked. I sort of assumed they did, based on nothing other than a lack of a reason to think they wouldn’t. While statistically they’re more likely to be in working order than not, when something isn’t working when we try to get pregnant, why not them?

Well, because of my MANHOOD, of course. A man as manly as me, who regularly rips trees out of the ground with his bare hands, and builds fires and cooks freshly caught buffalo in his sleep, how could my guys be anything less than Olympic champion swimmers? Men are ridiculous. It was odd to faintly recognise that if they were to be at fault, I’d take it pretty hard. With Laura’s diagnosis of PCOS, it seemed fairly reasonable to assume that the problems were inside her, not inside me. And better to assume that too, since lady-wrongs are far more easily addressed than man-borks. If my sperm count were low, or if I were shooting duds, then putting me on a selection of pills wasn’t going to address the issue. Also, GRRRRRR, look at my biceps.

So a sperm test it was. I’d previously attempted to do one of these ahead of our first appointment with the fertility clinic, via my doctor. It made sense to eliminate the possibility as early as possible, so asked my GP for a referral. He told me to call ahead of a clinic at the hospital by an hour or two, then to pop down with a fresh batch in a tube he gave me. I called ahead, was told I didn’t need an appointment by a very grumpy sounding man, popped my chaps in the pot, and drove down there. I was greeted with bemusement, told that I should have made an appointment, that they only accept sperm on Tuesdays and Thursdays, and that I could have an appointment in… a month and a half. Gee, thanks system. It’s a very odd thing indeed to find yourself stood somewhere, holding a tube of your own semen, for no reason at all.

I had a slot booked a week and a half after our first appointment with the fertility doctor. It wasn’t until a few days before I realised they hadn’t given me a pot. A quick call revealed, “You don’t need a pot. Because you make the sample here.”

So that’s an odd thing. I don’t know how often you masturbate in a hospital, but for me it’s something I find I almost never do these days. As a rule it’s frowned upon, no matter how attractive are the teddy bears in the gift shop. But in this instance, I was positively encouraged to do it. The clinic in our local hospital is in an annex building, and feels like it inside. Very bland, functional and overwhelmingly beige, none of it betrays the secret surprise room they have at the back. Led through by the nurse, I was shown into what looked like a Travel Lodge single room, with floral curtains, a bed, a sink, furniture, and moody low lighting from a bedside lamp. It was so incongruous with the rest of the building that it felt a little like stepping through a portal. 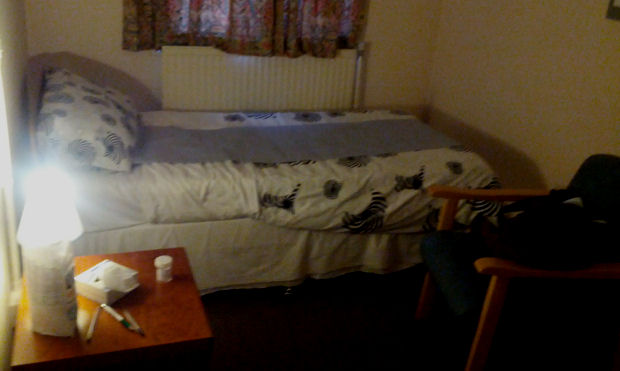 I’ll spare you the details.

Then a couple of weeks go past, and the results come through Laura’s GP. “Normal”.

Normal’s good! Normal’s what you want to hear. But I can’t help but feel disappointed that it wasn’t, “Exceptional!” or “Please, you have to come in to the lab – we’ve never seen the like!” I at least wanted the nurses to swoon as I walked past them the next time I visited the clinic. But no, just “normal”.