Hello, it’s been a while!

We’re four months into parenthood, and I think it’s pretty brilliant actually. I still can’t believe Toby is real at times, and I wonder when that will finally sink in. But we’re into the swing of things now, able to know when he’s tired or hungry, and better accustomed to our limitations and abilities regarding getting out and about.

But today I want to talk to you about sleep.

Sleep is wonderful. If I could chose, I’d routinely have 9-10 hours a night of uninterrupted, blissful sleeps. But obviously I can’t chose – Toby gets to make that decision for me now. And he started off life as a tough task-master.

In the early weeks we were on a 3-hour feeding cycle, so sleep just went out the window. Following that, there was a blissful week of 8 hours of night time sleeps (4 hrs – feed – 4 hrs). We thought we’d nailed it. But alas, this only lasted a week. Since then, it has been a source of many Tweets and much frustration, interspersed with hopeful over-excitement on the rare occasions when Toby does sleep through.

I went into this knowing that sleep deprivation was a central part of parenthood, and that breastfed babies woke often during the night to feed. Everywhere I looked, the advice was to sleep when your baby sleeps, whenever this might be, to top-up on missed sleep during the day. “OK,” I thought. “I’ll get plenty of sleep then, cause babies sleep loads…” How wrong I was. This advice is great if you have a baby who will happily be put down to sleep. But in the (quite common) event that your child prefers to be held at all times during what is referred to as the fourth trimester, you are stuck. You’re told that to have them sleep on you while you sleep is tantamount to murder, sofas are the work of the devil and should by no means be slept upon, and co-sleeping is only for those extreme parents who have the balls or idiocy to try. I was scared stiff to try this last option, lest I should roll in the night and squash my newborn son. Instead we tried taking it in shifts to hold him, while he blissfully slept in our arms, slinging him (though I still couldn’t sleep in case I rolled on him, but at least I had my arms free to allow blood to circulate), and every trick in the book to try to get him to like his Moses basket or Bednest. All to no avail.

By the time John went back to work (3 weeks after Toby was born) we realised something had to give. We couldn’t follow all the ‘best practice’ advice and still survive on so little sleep. And it was only a matter of time until our lack of sleep started to adversely effect Toby too. So, against heath professionals’ advice, off I went down to the spare room, where the mattress was firmer and the bed cleared of any suffocation hazards like a duvet or pillows (save one for my head). I laid Toby in the middle of the double bed, and carefully wrapped myself in the recovery position around him. Terrified to move,  I spent all night in this pose. I could barely move the next morning, but Toby was still alive and we had both slept! The joy! Success! And muscle movement was a small price to pay for 2-3 hours of uninterrupted sleep at a time. This co-sleeping worked, and also gave John a decent night’s sleep up in our bedroom. So we were winning all round. 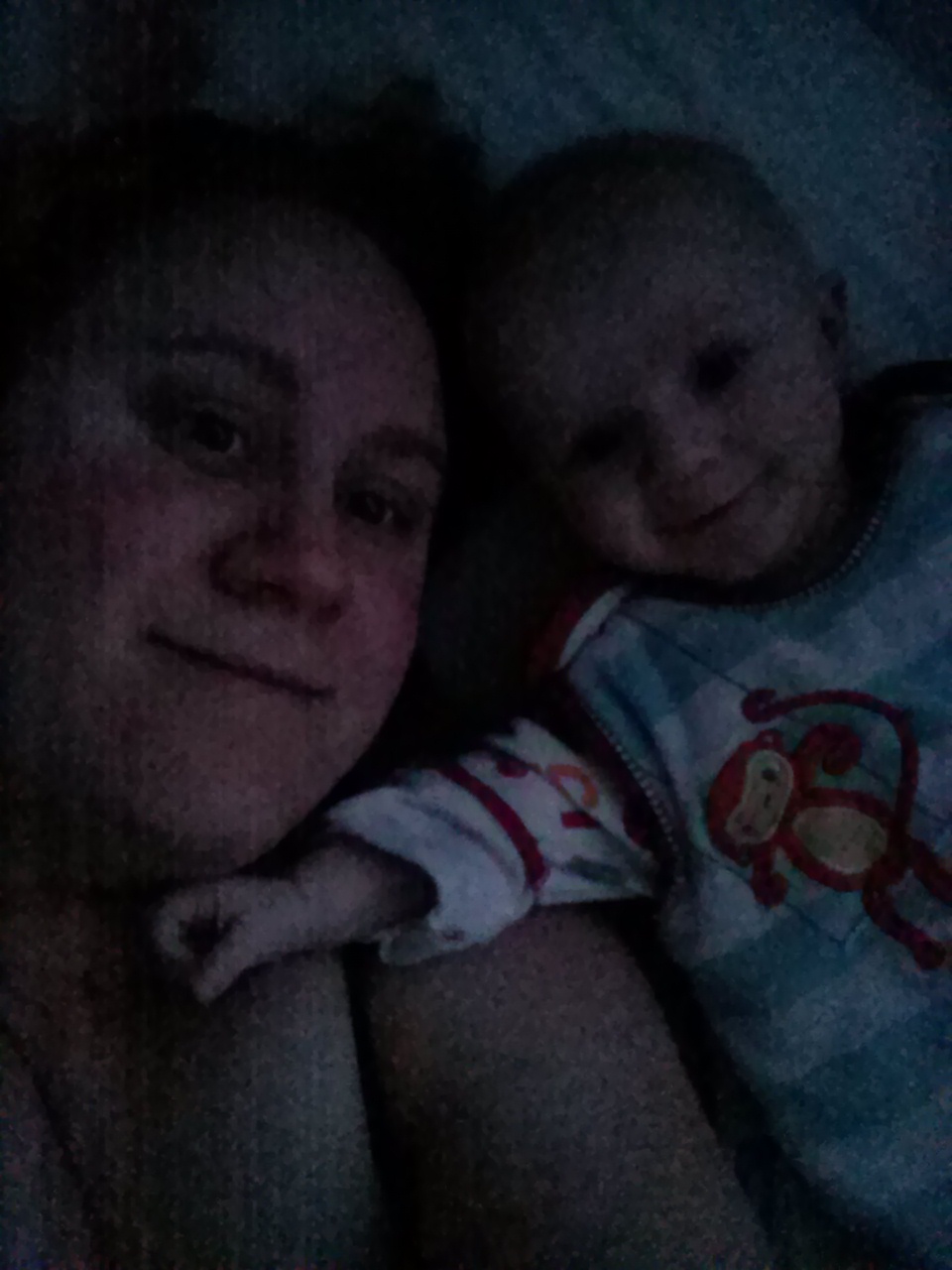 The only down-side? I had to go to bed at the same time as Toby. But actually, I was kinda grateful for that,  because it meant I had almost as much total sleep as he did (9 hours ish). It also afforded John some cave time in the evenings before bed. WIN.

But 2.5 months in I missed my husband. I would get emotional when I went up to our bedroom (a reminder of the life before), and we decided that perhaps it was time to try baby Toby in his Bednest again. So I brought it down to the spare room,  and proceeded to contort myself into it so I could feed him to sleep lay down. I would then slip away from him like a ninja, leaving him asleep in this bedside cot. And he slept. Actually slept. For 2-4 hours at a time, on his own. I had the bed to myself, and it was bliss. Though I must admit,  I did miss him a bit. It was really lovely waking up each morning with his smiley eyes looking up at me.

This marked a new phase. I had simultaneously been practising putting him in moses basket in the living room for his daytime naps (as opposed to holding him for them).  He would sleep for about 20-30 mins at a time (the Internet said I should be expecting 45 mins –  1 hr), but it at least gave me some time to frantically run around the house Getting Stuff Done. So finally,  3 months in, we made the move back to my marital bed. My contortions to feed him in the Bednest led to a decent night’s sleep, with perhaps 3-4 feeds of 10 mins each. And John was there. We’d both rather enjoyed a bed to ourselves,  but it was better to be back with him again. 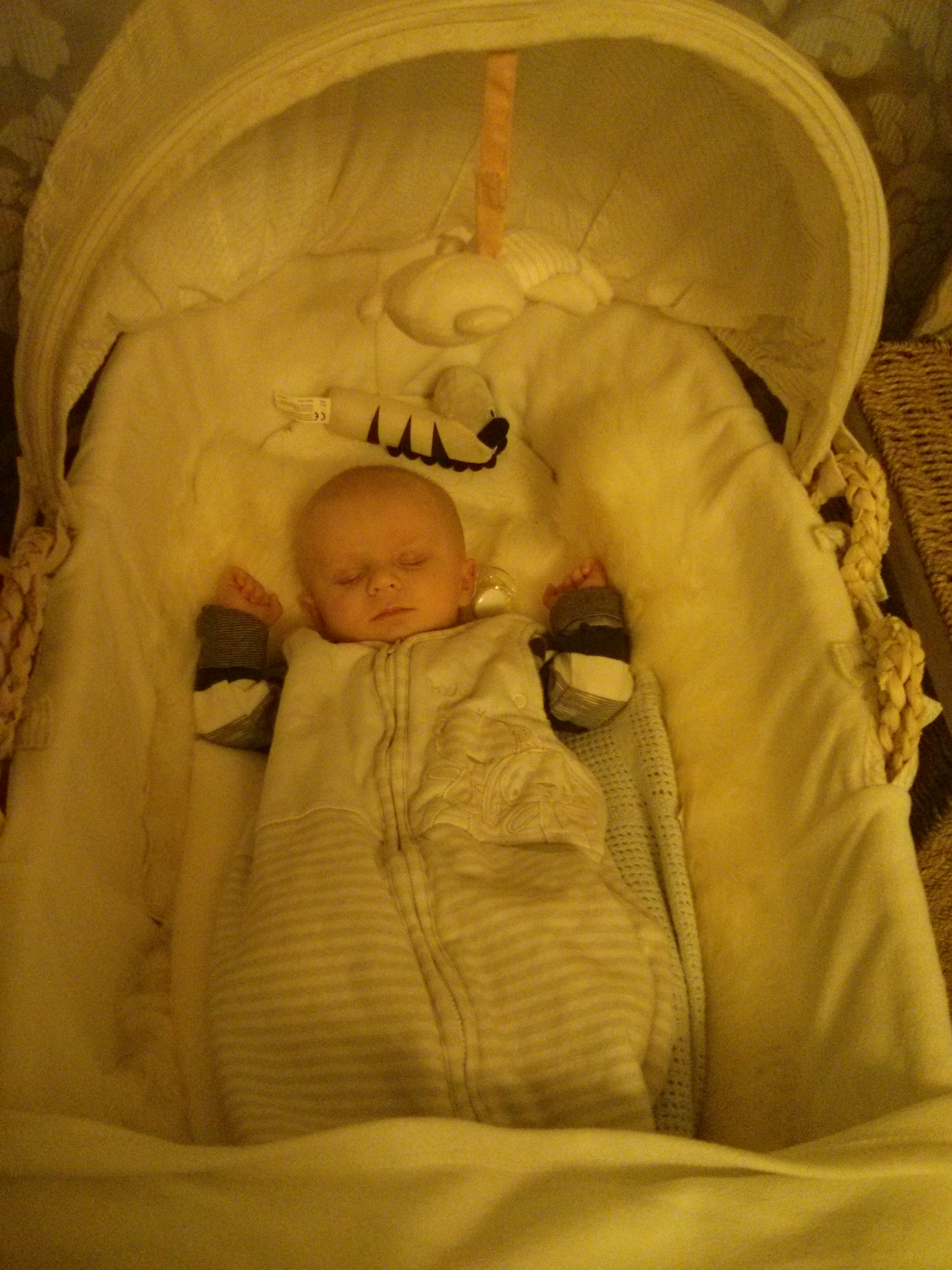 Gradually we were able to stop contortions into the Bednest, and just feed him before putting him down. A sheepskin in the Bednest made it comfy and snuggly, and my back gradually began to regain its posture.

And then, just as we were starting to settle into this new routine, things changed again. Toby began waking 6-7 times a night, basically as each sleep cycle ended, and the torture of being awoken every 45 mins was almost unbearable for us. Our bedroom is in a loft conversion, and it can be very cold up there. Despite moving the thermostat, our faulty radiator meant the temperature dipped low over night. So I called in the lovely man from British Gas who was able to fix the problem radiator. This, along with some white noise played over a set of mini speakers, seemed to do the trick!

Finally baby Toby was sleeping through 5-7 hours at a time, one feed, and a further 2-3 hours. We were in our bedroom, he was in his Bednest, and 3.5 months in things were looking how I had imagined they would in the beginning. Now he’s 4.5 months old, and we still have short phases that last a few days when he wakes more frequently in the night, or is particularly difficult to put back down (waking every time his head hits the mattress). But overall I feel a sense of achievement that we have gotten through those stormy first few months. He’s even slept through 8.5 hours on three or four occasions (though I did wake up in a panic a few times, fearing him dead…so unused to sleep was I).

I have since moved his Moses basket to his nursery, so that the daytime naps and putting him down at night all happen in the same room. Nursery = sleep. We have even gotten our evenings back now, as he’s going to bed after a bath at around 8pm. Then we simply scoop up his sleepy body in his sheepskin and take him up from the nursery to the Bednest when we go to bed.

I know people whose newborn has slept through since birth, only waking once or twice for a feed each night. I also know of those who have had a harder time than us, with their child not sleeping for longer than 45 mins at a time for the first year. And yet others in the range in-between. I think we just weren’t prepared for the circumstances we found ourselves in, whereby Toby wouldn’t be put down to sleep at all. At no point did I come across advice to help us cope with this situation, so that is why I’ve written this post I suppose. Co-sleeping worked for us, and gradual weaning into the Bednest helped us back together. 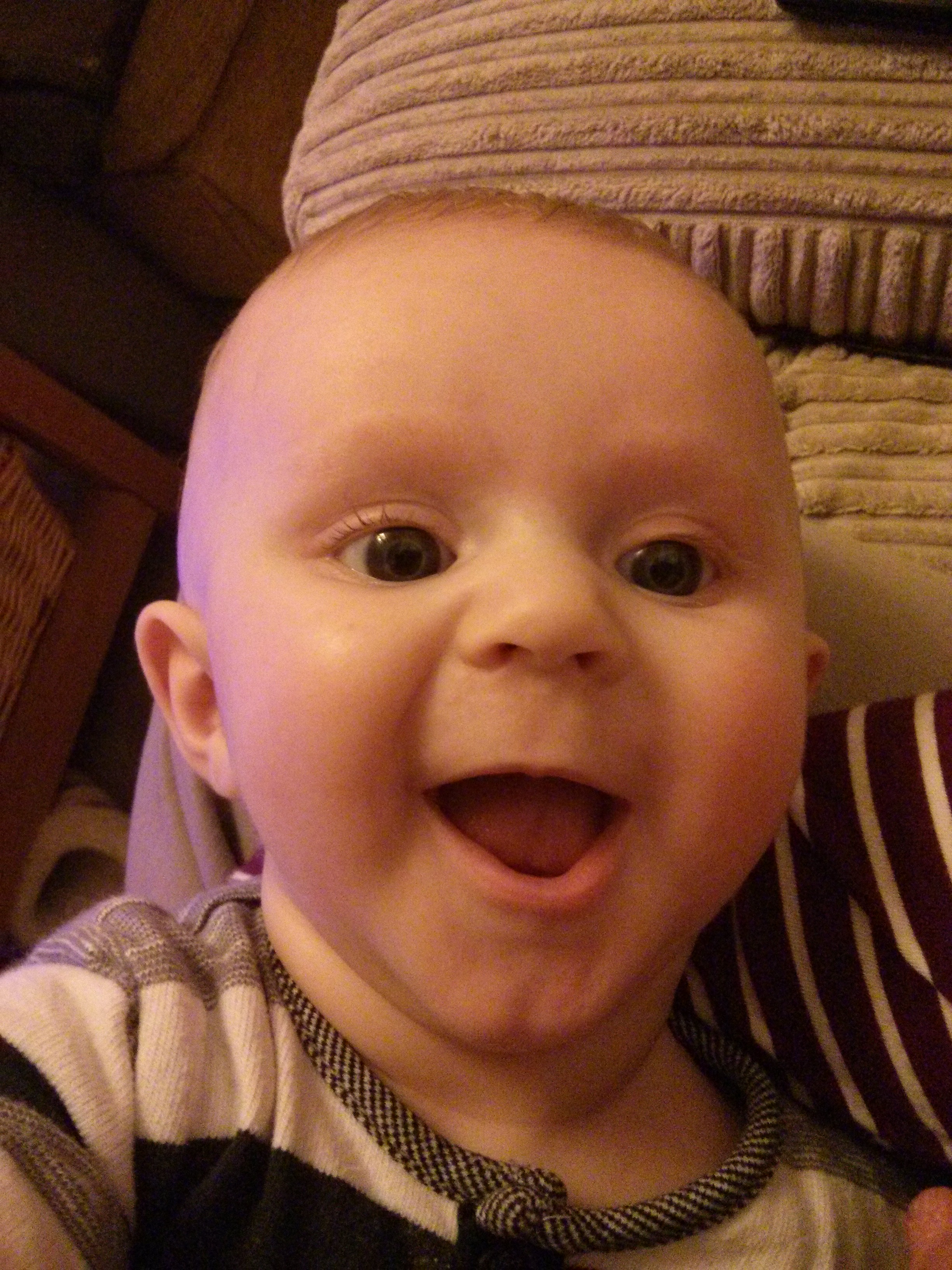 The operation has been scheduled for 9th August...